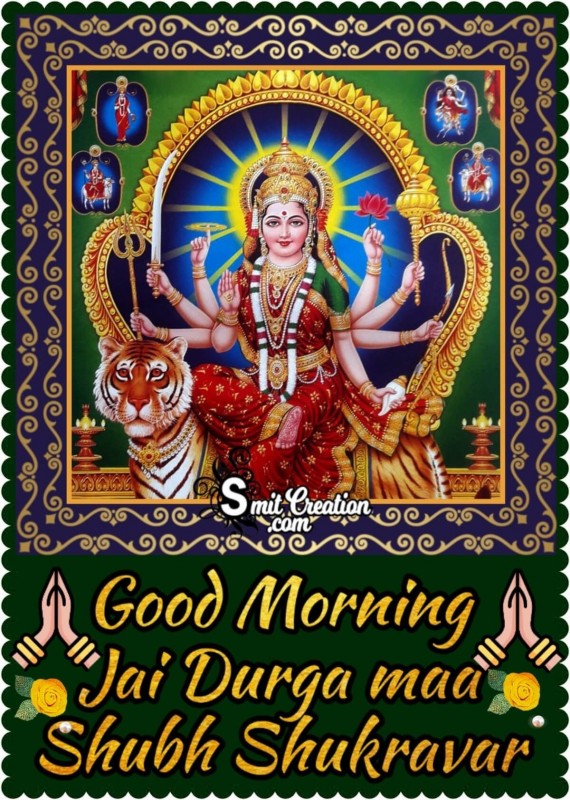 Download Image
Good Morning Dear World 🌹😊
Jai Durga Maa Shubh Shukravar🙏
DURGA(दुर्गा) is the principal form of the Goddess, also known as DEVI and SHAKTI in Hinduism. Durga means “THE INACCESSIBLE” or “the INVINCIBLE”.
She is considered to be the combined forms of Goddess Lakshmi, Goddess Saraswati and Goddess Kali.
Durga Mantra is considered most effective and secret Mantra and has power to fulfill all suitable desires.

Meaning : ‘She is the most auspicious one and the one who bestows auspiciousness upon all of the world. She is pure and holy. She protects those who surrender to her and is also called the Mother of the three worlds and is Gauri, daughter of mountain king. We bow down to Mother Durga again and again. We worship her.’

Benefit : This mantra is recited almost during all celebrations, rituals and events. Regular chanting can give wisdom and strength combined with a prosperous life. 🌹🙏

Benefit : This universal Durga Mantra blesses one with power, prosperity and positive energy. It helps build inner power and allows him to develop healthy, loving relationships. Chanting of this Mantra blocks negative thoughts and banish ignorance. 🌹🙏
🌹🙏