Importance Of Gopashtami In English 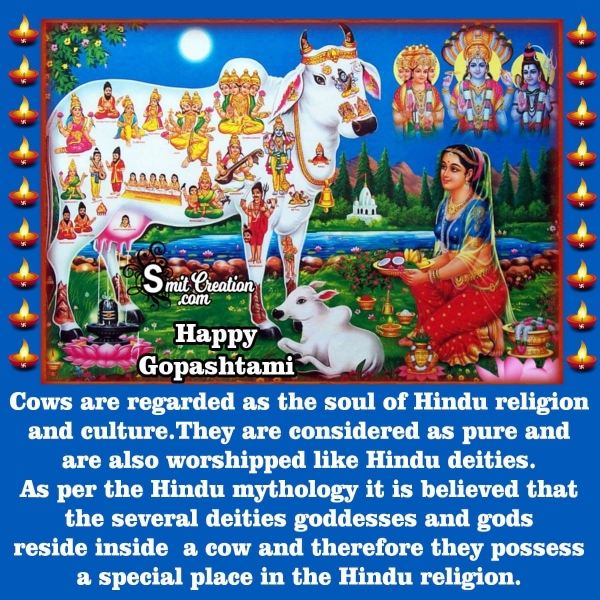 Download Image
Cows are regarded as the soul of Hindu religion
and culture.They are considered as pure and
are also worshipped like Hindu deities
As per the Hindu mythology it is believed that
the several deities goddesses and gods
reside inside a cow and therefore they possess
a special place in the Hindu religion.
Happy Gopashtami