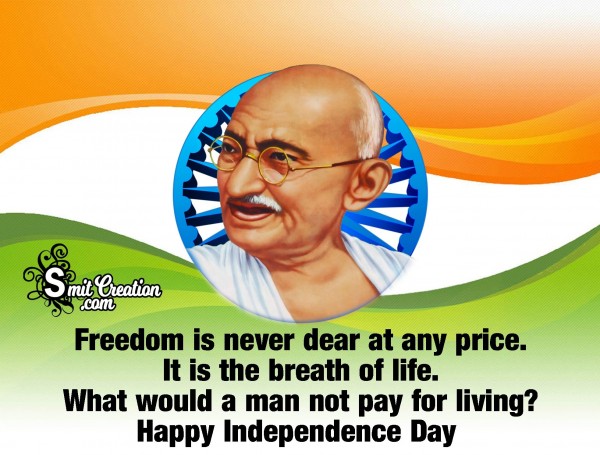 You must be the change you want to see in the World.
– Mahatma Gandhi

Violent means will give violent freedom. That would be a menace to the world and to India herself.
– Mahatma Gandhi

I believe that the civilization India evolved is not to be beaten in the world. Nothing can equal the seeds sown by our ancestors, Rome went, Greece shared the same fate; the might of the Pharaohs was broken; Japan has become Westernized; of China nothing can be said; but India is still, somehow or other, sound at the foundation.
– Mahatma Gandhi