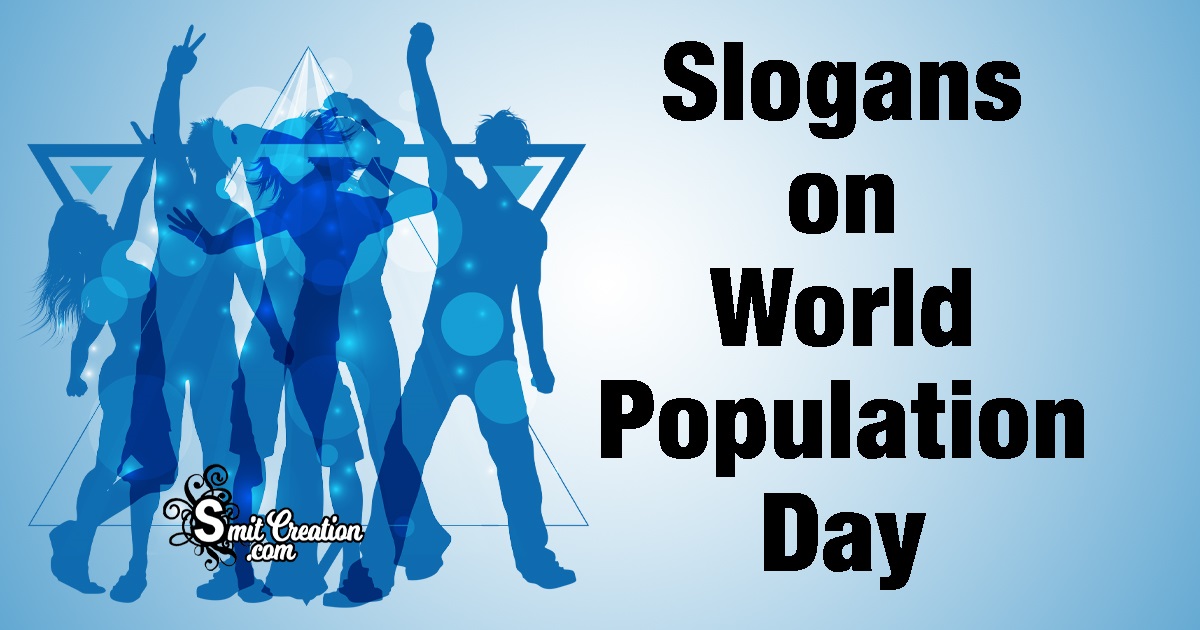 “Overpopulation is one problem which can create many other problems.”

“Let us join hands to control population and save this world.”

If you wish to have more than two children then adoption is the best thing to do.”

“It is very easy to add more heads to the world but very difficult to maintain them.”

The quality of life would depend upon the population of the world.”

“Keep the population under control so that there is better life for everyone on the planet.”

Want to have a better life? Say no to over population.”

“Make a wish on World Population Day to enjoy a future that is less crowded.”

“Enjoy the future tomorrow by controlling the population today.”

“Celebrate World Population Day by working hard to create enough space to live on the planet.”

“Save planet Earth by controlling over population.”

“Resources for all, happiness for all…. Let us control the ever-growing population!!!”

“Take part in World Population Day campaign to save Earth from becoming overcrowded.”

“Control overpopulation to have space and resources for one and all.”

“Adopting a child is much better idea than giving a birth to a child.”

“Control the growth of population to make life better for each and everyone.”

“Plan your family right to protect the planet and control the population growth.”

Take a pledge to make this world a better place…. To control the growth of population.”

“More people on the planet mean less space for each one of us.”

“Earth will not be able to carry the increasing load of population for long…. Wake up!!!”

“By having a small family, you can have a happy family.”

Check The Mail And Confirm Your Subscription