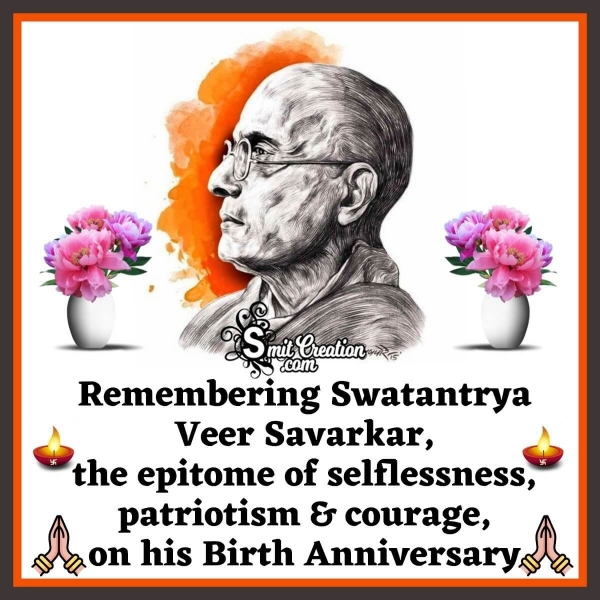 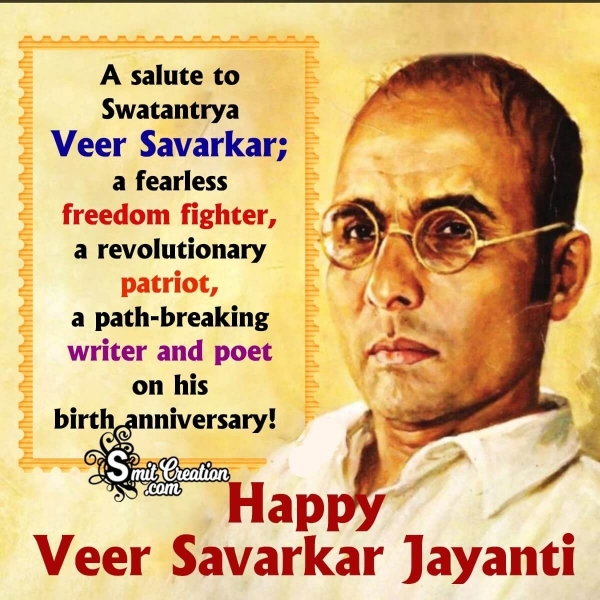 Download Image
A salute to Swatantrya Veer Savarkar;
a fearless freedom fighter, a revolutionary patriot,
a path-breaking writer, and poet on his birth anniversary! 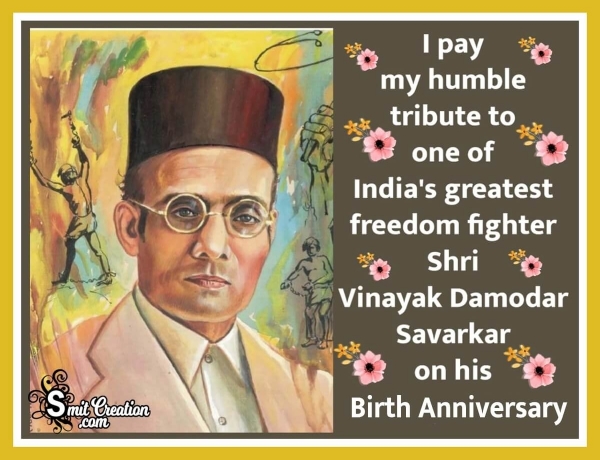 Download Image
I pay my humble tribute to one of
India’s greatest freedom fighter
Shri Vinayak Damodar Savarkar on his Birth Anniversary. 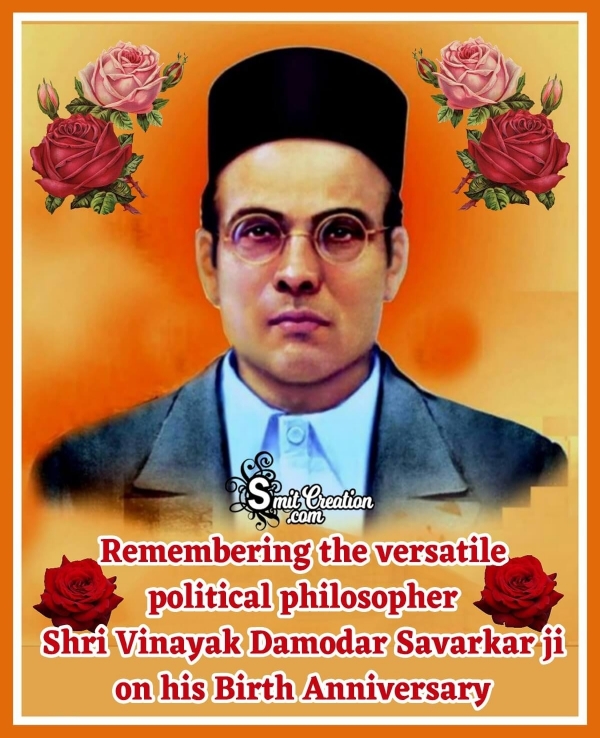 Download Image
Remembering the versatile political philosopher
Shri Vinayak Damodar Savarkar ji on his Birth Anniversary.
He was well known for his positivism & altruism.
His written works have inspired the nation
during our independence movement & beyond. 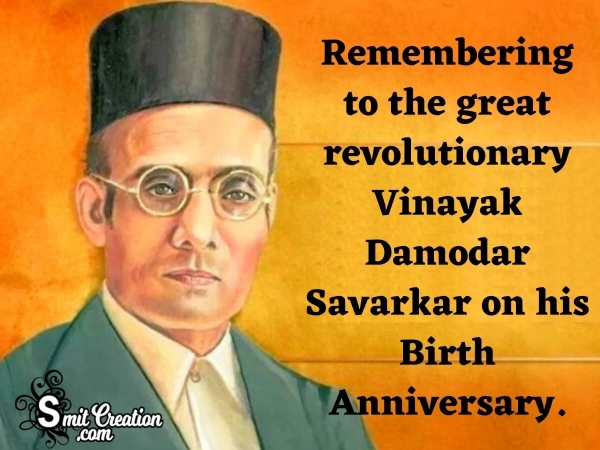 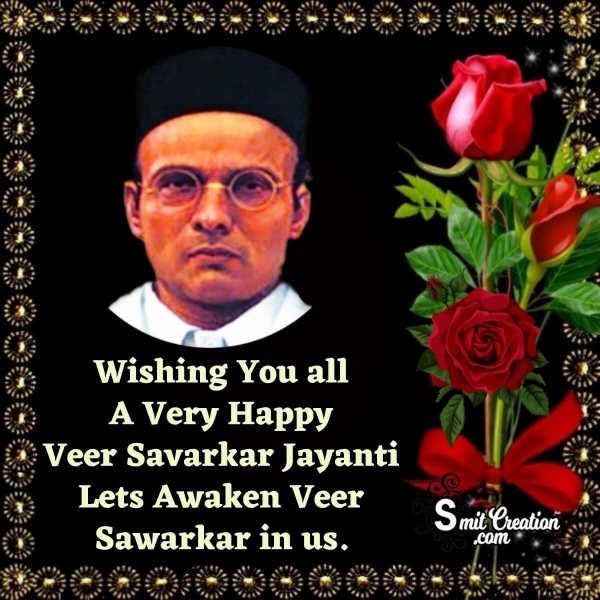 Download Image
Remembering to the torchbearer of Hindutva,
Veer Savarkar, whose thoughts and teachings are
an inspiration for the youth even today. 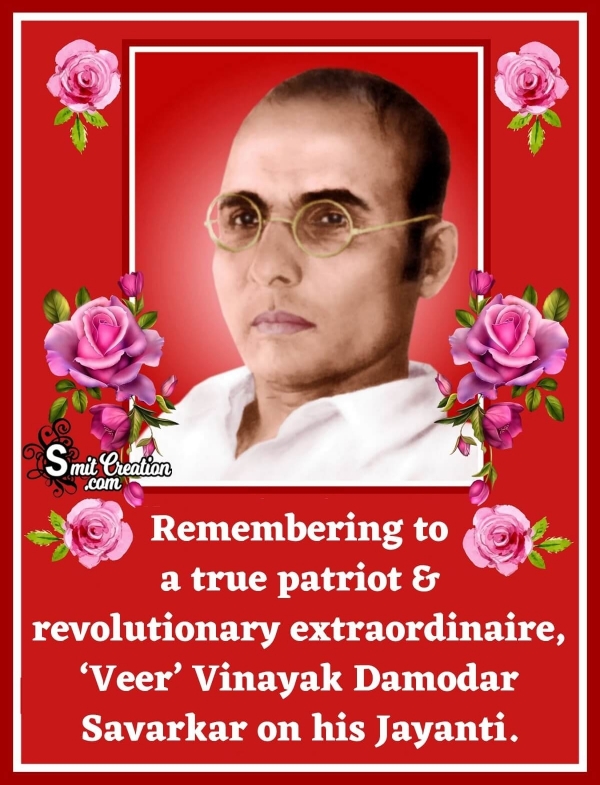