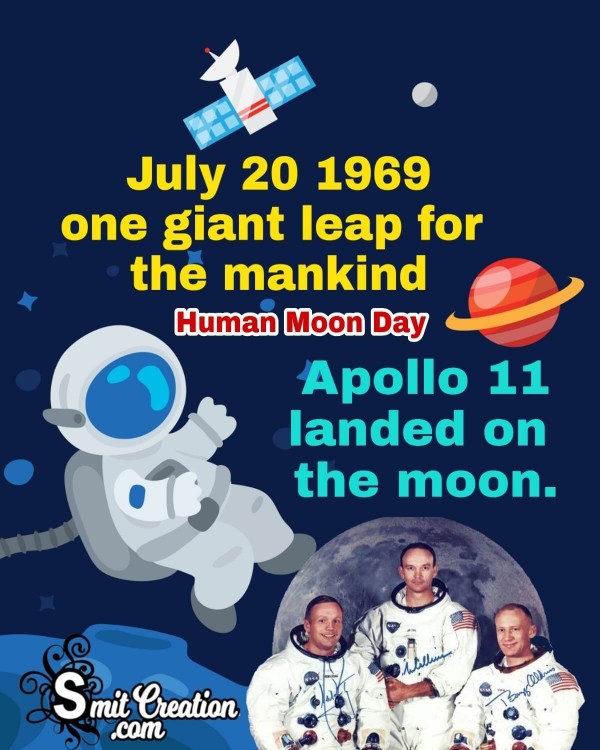 Download Image
National Moon Day on July 20th commemorates the day man first walked on the moon in 1969. NASA reported the moon landing as being “…the single greatest technological achievement of all time.”

On July 20, 1969, Apollo 11 carried the first humans to the moon. Six hours after landing on the moon, American Neil Armstrong stepped onto the lunar surface. He spent two and a half hours outside the spacecraft. Buzz Aldrin soon followed, stepping onto the lunar surface. After joining Armstrong, the two men collected 47.5 pounds of lunar material. Their specimens would make the journey back to Earth to be analyzed.

Armstrong’s “one small step for man” inspired imaginations and sparked innovation, too, for generations to come. Even future moon missions are planned including manned landings.